Podcast: He flew off the handle – Inglês Online

Podcast: He flew off the handle

Hey, what’s up? I’m Ana Luiza, with a new episode of the inglesonline podcast. To download or just listen to other episodes and download transcripts, go to inglesonline.com.br and click Podcast Inglesonline. So today we have episode two in the series where we talk about past forms of verbs that end in -ew. Last week, last episode I talked about blew, and on this one I’m gonna talk about flew. Flew, f-l-e-w. So if you haven’t yet completely internalized the pronunciation of the word “flew”, this is the podcast for you. Pay attention to all the examples, and notice every time I say that word. 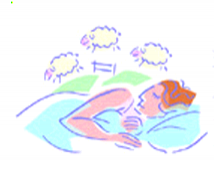 I started preparing for an exam in January. There was so much to study. Time flew by and before I knew it, I was on my way to take the exam.

So back to that expression: fly off the handle means to get furious all of a sudden. Here’s another example: we were waiting in line to be seated in a very busy restaurant, and at one point the hostess told the couple waiting in front of us that their table would be ready in another thirty minutes. When this guy heard he was gonna have to wait another 30 minutes he just flew off the handle at the hostess, and the thing is, it wasn’t really her fault but the guy just couldn’t contain himself. He had probably been waiting there for a while, so… Anyway, he flew off the handle after the hostess let him know that he would still have to wait.

The last time I saw someone fly off the handle was… at the airport. About six months ago, I was waiting in the checkin line and I heard the airline attendant tell a passenger that his suitcase was over the weight limit and he had the pay the overweight fee. This guy went nuts. He was so angry that he yelled at the poor woman. In other words, he really flew off the handle.

before we knew it = quando a gente percebeu