Como usar MAY e MIGHT, parte 2: a diferença – Inglês Online

Hey, everybody. This is the new episode of the Inglesonline podcast. Please subscribe to this podcast using the Podcasts app for iPhone or iPad, or listen to the episodes using the Inglesonline Android app. Thanks for all the comments at the iTunes store and if you haven’t yet left a comment for this podcast please do so: the more comments for the Inglesonline podcast, the more people will find out about it and listen to the episodes. Thank you for telling your friends, your neighbours, your family and keep listening. 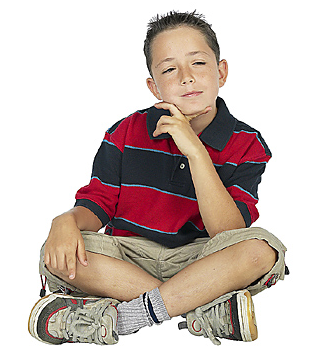 So today I give you the second part of a 2-part series on may and might. In the first part, I talked about a few simple ways to use may and might interchangeably. In today’s episode, I’ll take it a step further  and give you examples of may and might being used with multi-word verb expressions. Here’s what I’m talking about: we might have gone to the show if it had not rained. He may have read the letter by now. So today’s examples are a bit more complex and you will hear lots of “have been, have made, have gone” and so on.

There are two main kinds of situation I’m going to focus on: in the first one, there’s a possibility that something may have occurred, or might have occurred – we don’t know. This is the one where may and might are still basically interchangeable in general. In the second situation, I am going to talk about something that might have happened in a certain way, but didn’t – it happened differently, and I know that for a fact. In this one, we usually go with MIGHT.

Now, think of a few things that could have happened in a certain way, but did not. They happened in a different way. And you know how they turned out; it’s a fact. Example: my friend John might have enjoyed his new job (it looked very promising) but it turned out that he hated it. We know for a fact that John didn’t like his job, and in this case it is more common to use MIGHT. He might have enjoyed his job, but he didn’t. I bought a lottery ticket when I was eighteen so I might have become a millionaire at 18, only… it wasn’t the winning ticket so I didn’t become a millionaire. Things between you and your boyfriend might have worked out great!… but they didn’t, unfortunately, and you guys broke up after a few months.

Now, think of something from your own life. Something that happened in a certain way. Before that outcome came about, though, that thing might have happened in a different way. What is your example? Let me know in the comments, and talk to you next time!

on to the first one = vamos à primeira, adiante para a primeira (situação)

how they turned out = como elas acabaram acontecendo

it turned out that he… = no fim das contas, ele…